Pressure cookers use pressurized steam to speed up the process by boiling water at a higher temperature, which cooks your meals faster than regular cooking takes. An air fryer cooks foods using hot blasts of super-heated air from below in order to produce a crispy exterior finish without any oil needed!

If you’d like to learn more about pressure frying your foods, keep reading because we will explore how the pressure cooker fries foods versus how the air fryer does it.

Frying Food in the Pressure Cooker

You could still fry food in the pressure cooker, but it will lack the same flavor as cooking with an air fryer or a deep fryer. While pressure frying and pressure cooking both operate using atmospheric pressures, the pressure cooker can’t perform in the same way as a deep fryer. Trying to make it do this could cause it to explode. The sealing rings can’t withstand the higher temperatures. We emphasize – never attempt this because you can suffer severe injuries.

Check the instruction manual, and you will see that the manufacturers even warn against using excessive amounts of oil.

Air frying, on the other hand, will have a much different result from pressure cooking. You don’t need to brown the chicken, and the moisture and flavor remain in the chicken. Using the air fryer will take longer. On average, you can expect it to take up to 23 minutes to cook chicken in the air fryer.

In terms of cost, they both have the same price range between $50 to $250. You do get a longer lifespan out of pressure cookers. The average pressure cooker lasts five years. Meanwhile, air fryers only last two to three years, depending on the model.

The ideal time where you would want to use the pressure cooker over an air fryer or a pressure fryer is when you want to cook chicken fast. You don’t have the time to make it its absolute best. Pressure cooking chicken may make sense in cases like that. It may also make sense for saving on your energy bill. Pressure cookers use 50 percent less energy than traditional ovens. For all other cases, refer to the air fryer or the pressure fryer for frying.

Pressure frying can still cook foods fast. Colonel Sanders, the genius behind KFC, began using the pressure fryer in the 1930s when he felt frustrated at the speed of cooking fried chicken. In the past, customers would have to wait between 30 to 45 minutes for fried chicken. The pressure fryer cooks chicken in 15 to 22 minutes, while also extending the oil life.

Does Frying Your Chicken in the Pressure Cooker Make It Healthier?

Frying your chicken in the pressure cooker at under 12 PSI doesn’t necessarily taste bad, but it does taste different from the fried chicken that you might be used to. You still lock in the natural flavors of the chicken and hold in the natural nutrients like Vitamin B12 and Tryptophan. At the same time, pressure cooking seals out the excess oil. You don’t cook with as much oil either, making it a healthier alternative.

Air frying is also considered healthy because of how it only uses 1 to 2 teaspoons of oil. Some recipes may not even call for oil, but that marks the exception, rather than the majority.

Sautéing in a Pressure Cooker

Any time that you use the sauté feature on the pressure cooker, it will serve in the same role as a pot or pan. It doesn’t act like a pressure cooker with this feature. If you plan to cook meat, you will want to brown it beforehand.

Expert Tip: You can use the sauté feature to thicken your sauces, soups, and stews. Because the pressure cooker maintains moisture throughout the cooking process, you need to thicken it after. You do this with the sauté feature. Provided you toss in some cornstarch, you can thicken the sauce in 60 to 90 seconds.

After you have finished sautéing or frying your food, you will deglaze the pot. This means that you pour in water and scrape away at the food stuck to the bottom.

Should You Buy a Pressure Cooker or Air Fryer?

Air frying is a healthy way to cook your foods in comparison to deep-frying them. If you wanted a greater variety in the number of foods that you can cook, the pressure cooker gives you a bigger variety. On the other hand, if you wanted to deep fry your foods and you fry foods often, you will most likely see the air fryer as the next best thing to actual deep frying.

At the same time, both are healthier than deep frying because you don’t cook with as much oil with either of them.

Can You Use Oil in a Pressure Cooker?

Can You Use the Pressure Cooker to Deep Fry Chicken?

Is an Instant Pot an Air Fryer?

Absolutely, Instant Pots can be air fryers by using a lid attachment. Some Instant Pots are sold with this feature. It can also be attached to Instant Pots and other brands of pressure cookers without the attachment, they just need to be six or eight quarts in capacity.

Can My Pressure Cooker Explode?

Your pressure cooker could explode, but most cookers today have up to 10 safety features on them to prevent explosions. This makes the likelihood of an explosion much lower than in the past when it was not unheard of to learn about a pressure cooker that exploded. Still, you need to respect your device and never use it in ways that the manufacturer doesn’t recommend.

Can You Pressure Fry at Home?

In this article, I deep-dive into pressure cooker safety 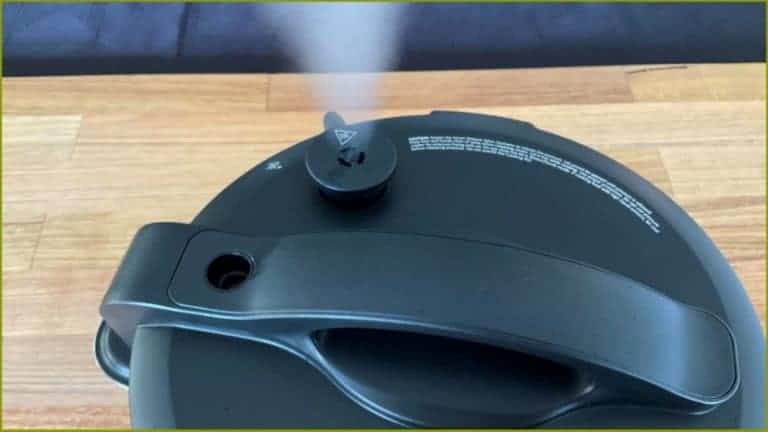 Pressure cookers moisturize the food while cooking much faster for slow-cook foods. The advantage of this is how it tenderizes tough cuts of meat and… 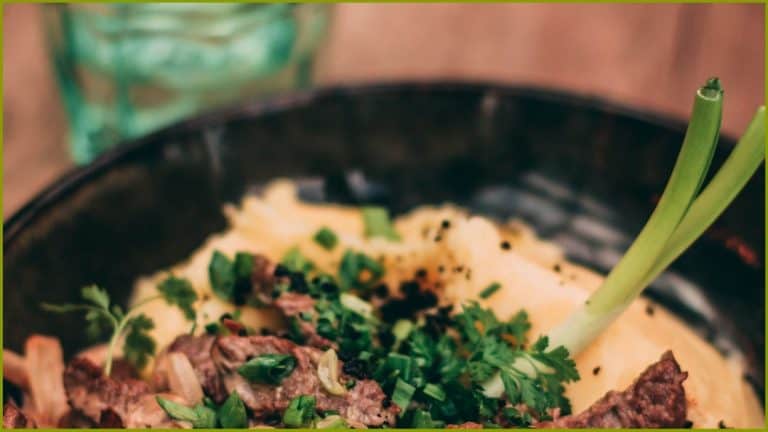 Pressure cooking temperatures never exceed 250 degrees Fahrenheit at the hottest. The pressure cooker hits that temperature once you hit 15 PSI. With the speed,…

While pressure cookers and autoclaves operate similarly, you should understand the differences. Each one serves a primary role. Let’s have a look at this. What… 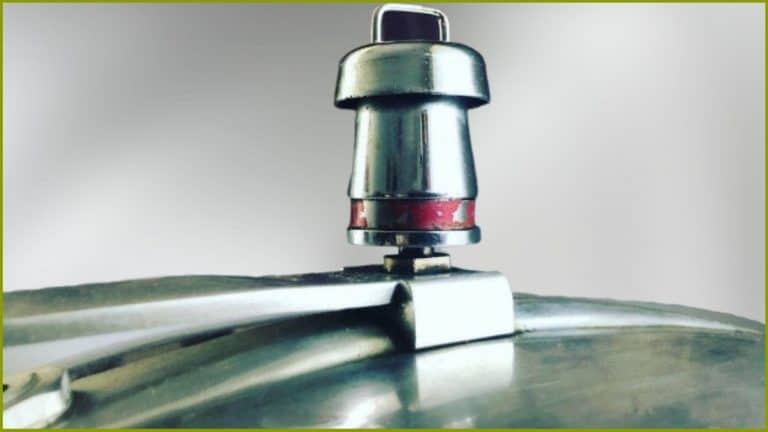 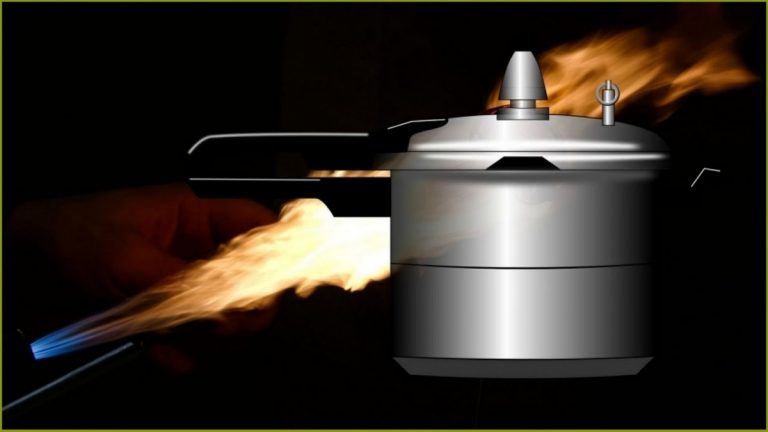 Pressure cookers have earned a bad reputation over the years as a kitchen tool prone to exploding. The problem has happened enough that many people… 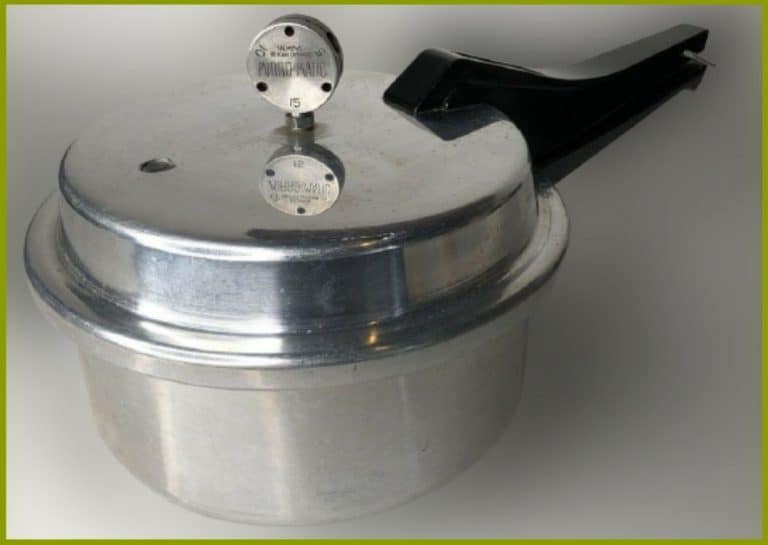 Denis Papin invented the pressure cooker in 1679, and being a physicist, it should come as no surprise that he used the laws of physics…