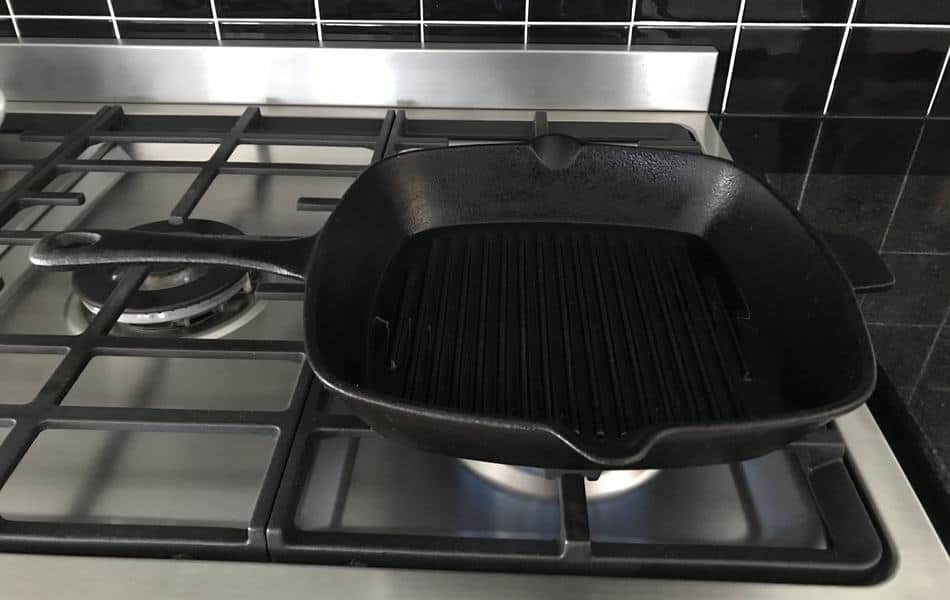 The fear around using and cooking in cast-iron is very real for those who do not use it.

But those who do use it will share with anyone who will listen about the wonderful food they prepare in their cast iron pots, pans, skills, grills, and of course the mighty Dutch oven.

The truth is that cast-iron can withstand extremely high temperatures so it is great for searing meat and giving us those rustic full-bodied flavors we all love.

Not to mention the crusty exterior of a very juicy piece of meat – right?

So should you buy pre-seasoned cast-iron?

All pieces of cast-iron leave the manufacturer with a light seasoning to stop it from rusting before it reaches you. You will find it very difficult to find a piece of cast-iron cookware that does not have some kind of seasoning on it. So you will be purchasing pre-seasoned iron.

Cleaning and re-seasoning the iron is a best practice before use as you do not know what that pre-seasoned coating is made of.

What Is the Difference Between Seasoned and Pre Seasoned Cast Iron?

Seasoned cast-iron is when the iron has a shiny black patina that has built up over time by using the iron regularly. This patina is what gives cast-iron its natural non-stick properties.

Pre-seasoned is how the cast-iron presented when unboxed. The manufacturer protects the cast-iron with a light protective coating – not necessarily oil.

It depends upon where in the world the cast-iron has been manufactured as well as the quality of the materials used in the manufacturing process.

Is Pre Seasoned Cast Iron Ready to Use?

Yes, the manufacturers say that your cast-iron is “ready to use”.

But the truth is that most pieces have only been lightly seasoned.

Also, you do not know what they have been seasoned with. Some say the protective coating is water-soluble shellac.

We know what shellac is and I for one wash everything before use.

Not only cookware but clothing and bedlinen – pretty much anything that goes in my mouth or near my skin.

So while you can use it as is the seasoning is so light your food will probably adhere to its surface and not taste great – unless you use gallons of oil.

The next test will be when you clean the new cast-iron you will notice how dry and dull the iron is when it dries.

Fluff from drying cloth or paper towel will probably left all over the surface as well.

This is a true indication that there is not much of a barrier protecting the iron against rust.

How Can You Tell If Cast Iron Is Seasoned?

You will see its shiny black patina. (Natural non-stick surface)

What Is the Black Patina on Cast-Iron?

The black patina is known as the seasoning that builds up upon cast-iron through regular use. Making it non-stick.

How Do You Know When to Re-Season Cast Iron?

When food starts sticking to the bottom of your iron even if you use a generous amount of oil while cooking.

When drying your cast-iron will look dull, dry and the patina will not be shiny.

How Many Times Should I Season a Cast Iron Skillet?

When you get new cast-iron then when you notice the iron looking dull or your food starts sticking to your cast-iron.

Extreme cases if you start to see rust growing on your iron. 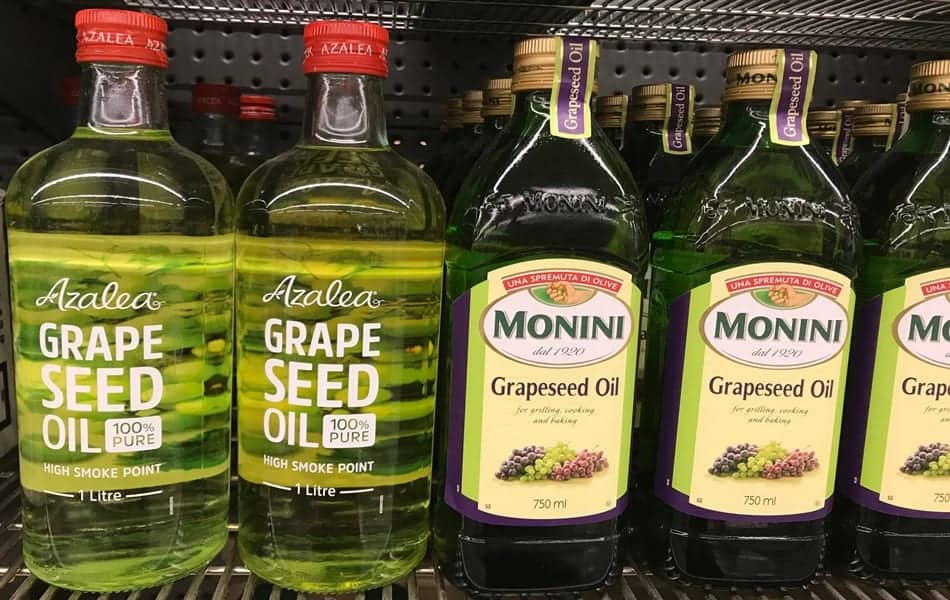 I have used any number of oils to season my cast iron cookware.

What you need to remember that the seasoning builds upon cast iron naturally the more you use it.

That oil comes from many different types of food.

The best oil for seasoning is an oil that can withstand high temperatures as well as one that will not go rancid on the iron while it is not in use.

The oils need to be pure and cold-pressed.

Some of my favorites include grapeseed oil and flaxseed oil.

I have an article here that in-depth on the topic of oils. It allows you to choose the best oil for you.

How to Season a Pre Seasoned Cast Iron Skillet

Seasoning a new piece of cast iron for the first time takes one to two hours.

Following these quick easy steps and you are done;

See my in-depth article here. It will give you all the information you need about seasoning new cast-iron for the first time.

Why Is My Cast Iron Pan Sticky After Seasoning?

You have used too much oil or you have not heated the pan to smoking point then wiped off excess oil.

Easy to remove by setting your oven up to 400- 500 degrees Fahrenheit and inverting the pan (on a tray or aluminum foil) on the self and burn the oil off – could take about an hour.

Why Does My Cast Iron Get Sticky?

Cast-iron will become sticky if you have used too much oil when cooking. The oil needs heat to effectively build up a natural barrier.

This sticky residue is usually noticeable as the cast-iron becomes cold.

As above follow this process to removed sticky residue from iron;

Set your oven to 400-500 degrees Fahrenheit and inverting the pan (on a tray or aluminum foil) on the self and burn the oil off – about an hour.

Check the surface when iron as cooled – you can repeat if the surface is still sticky or tacky.

What Temperature Do I Season My Cast Iron?

Do You Need to Season a Pre Seasoned Cast Iron Skillet?

The answer is no you do not need to pre-season cast-iron. But in the interest of protecting yourself and your iron, it is advisable.

Do You Need to Season New Lodge Cast Iron?

Even though Lodge is a premier brand I would give it a good first clean and a light season.

I did not with my new double Dutch oven and the grill you see in the image at the top of the page! I have not looked back.

which clearly gives you an idea of what the professional’s advice.

Pre-seasoned cast iron is neither good nor bad it is pretty much essential.

Cast-iron can be manufactured anywhere and when complete the iron needs to be protected.

So when you make your purchase the iron is in a reasonable condition for example not rusty.

Unfortunately, we cannot know what the iron has been protected with – oil or water-soluble shellac?

This is why carrying out your own first seasoning is always beneficial.

This is my favorite cast-iron skillet. It is a Lodge – size 12 inch.

Almost 34,500 ratings on Amazon are what helped me make the decision to buy this cast-iron skillet.

My answer is an absolute YES.

Do not listen to all reports, cast-iron is a difficult material to prepare food on and the care for.

Fortunately, this is not true and those who love preparing food in cast-iron will continue to sing its praises.

Start with a small piece of cast iron cookware – try it out I am certain you will love it and realize this age-old piece of cookware is a great asset to any kitchen or campsite.

link to Why Does My Dutch Oven Smell? 5 Ways to Remove the Stink!

The reliable Dutch oven is a rugged heavy cooking pot, it has a snug-fitted lid that self bastes tenderizes ingredients to perfection. We use them for sauteing, braising, stewing, frying fish and...

Continue Reading
link to 7 Ways You Tell if a Pan Is Made From Cast Iron?

When it comes to cooking, there are several types of materials that pots and pans are made of. A recipe from a trusted chef will guide you in which pot or pan one must use for cooking a specific...

I use a cast-iron Dutch oven for outdoor cooking as well as my enamel Dutch ovens for cooking at home. For entertaining large numbers Dutch ovens are a no-brainer... Let's not forget about cooking one-pot meals in other cooking pots such as multi-purpose cookers, slow cookers, rice cookers, braisers, and the list goes on.

Determining what types of food you like to cook then getting and using your preferred type of one-pot cooking pot over and over will make your life so much easier. Just get those healthy hearty meals prepared, cooked, and enjoyed...

OVENSPOT is a participant in the Amazon Services LLC Associates Program, an affiliate advertising program designed to provide a means for sites to earn advertising fees by advertising and linking to Amazon.com. Amazon and the Amazon Logo are Trademarks of Amazon.com, Inc. or its affiliates." This site also participates in other Affiliate Programs and is compensated for referring traffic and business to these companies.

Any cookies that may not be particularly necessary for the website to function and is used specifically to collect user personal data via analytics, ads, other embedded contents are termed as non-necessary cookies. It is mandatory to procure user consent prior to running these cookies on your website. 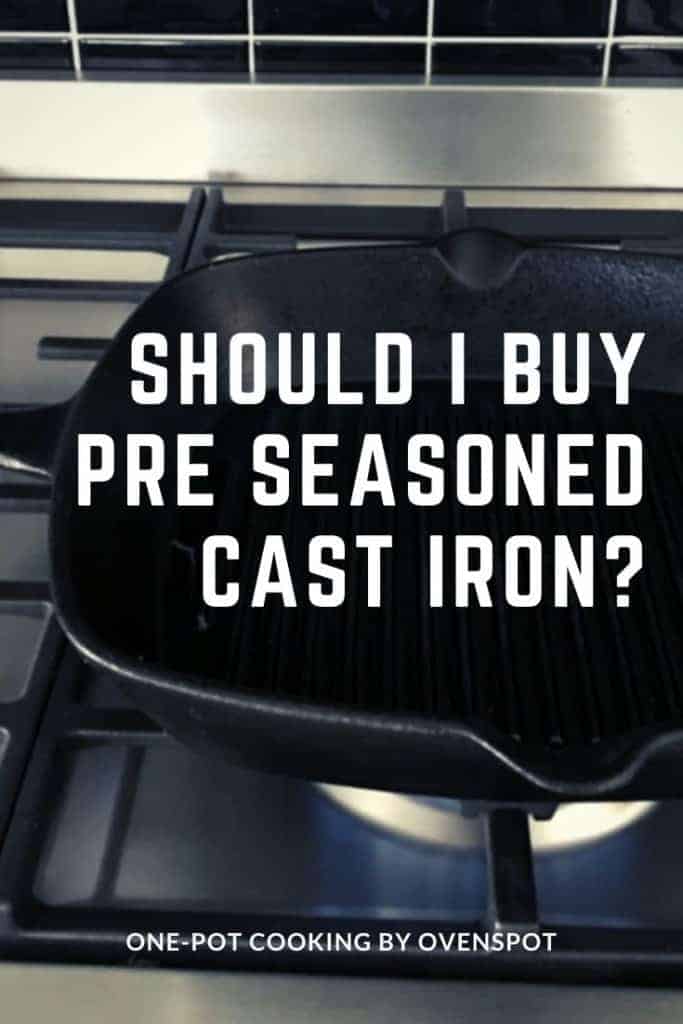