Slow cooking is a great way to make nutritious, healthy food quickly. The slow cooker can be used for anything from soup and chili to stews and pot roasts. Did you know that not everything can be cooked with a slow cooker?

The types of food that do not perform well in a slow cooker are fish, seafood, meat with skin on, pasta, rice, delicate vegetables, dairy, meat-skin-on, fresh herbs, and alcohol at the beginning of the recipe cook time. But the caveat is that some of these can be added toward the end of the slow cooking time.

While slow cookers are great for cooking a multitude of things, there are some things you want to put in your slow cooker and they are on the list above.

Never fear I want to share some important information about each of the types of food that do not cook well in a slow cooker from the beginning. But with a few tips, you can add some of them towards the end of cooking time.

We’ll briefly go over a list of those things now.

Slow cookers are great at making tough cuts of meat soft and easy to pull apart. However, if you want to cook a lean cut of meat like chicken breast, fillet steak, or pork fillet, in a slow cooker, you might want to rethink that. These meats will only come out of the slow cooker feeling like a piece of rubber, so it’s better to stick to cooking them in a pan instead.

Low and slow usually can cook anything into a melt-in-your-mouth food if you have patience. Cook on low and add more fat.

Most seafood needs a short time to cook, and putting them in a slow cooker is a sure-fire way to overcook and ruin these delicate meats. The only seafood that might benefit from cooking in a slow cooker is octopus or squid since their meat is tough, and the slow cooker will help soften it.

Most of the meat’s flavor comes from searing the outer layer before putting it into your slow cooker. If you put your meat straight into the slow cooker, those flavors won’t develop and will result in a bland dish.

To avoid this, brown the skin of your meats in a pan for a short time before putting them in the slow cooker.

Meat With the Skin On

Meat with the skin on needs the heat and drying effects of the stovetop to become crispy and flavorsome; otherwise, they are very unappealing. Cooking skin-on meat in a slow cooker means that the crisping won’t happen, and you’ll end up with pieces of goop stuck to the meat.

Root vegetables, squashes, and pumpkins are great to put in a slow cooker because they take a long time to cook, but softer veggies like asparagus, courgettes, peas, and beans will turn to a sludgy mess when cooked in a slow cooker.

Better to lightly blanch, steam, or roast these delicate vegetables, and add them to the cooker towards the end of your cook time.

While you may think that adding fresh herbs to your slow cooker is a great idea, we’re here to tell you that it’s not. Because slow cookers take a long time to cook your food, the lovely aromas of the fresh herbs you put in it will be lost along the way. Only rosemary and thyme will keep their flavor in a slow cooker, but you should only use these sparingly.

If you want the fresh herbs, add them at the end right before serving.

A Lot of Spice

A spice’s potency only increases the longer they’re cooking, so adding them in at the beginning of the cooking time will make your dish’s flavors too strong and overpower the more delicate elements making for an unpleasant meal.

Unless you can handle the heat, don’t add the spices until the very end.

Too Much Fluid, Alcohol, or Dairy

Slow cookers don’t lose much moisture throughout their cook, so adding too much liquid will mean that food will be diluted and bland. You can always add more liquid as you go, rather than adding too much at the beginning.

Alcohol needs to evaporate for it to taste good in a dish, which it won’t be able to do in a slow cooker. You should reduce it in a separate pan, then add it to your slow cooker once some of it has evaporated.

When dairy is cooked for a long time, it starts to separate, which is what happens to your dairy products if you add them to your slow cooker at the beginning.

Instead, stir it into the dish once it has finished cooking and you’ve taken the lid off of the slow cooker.

Top Tip: You can add nut milk such as Coconut Milk at the very beginning of slow cooker recipes. Give them a try in your stews, curries, and soups.

Think that using a slow cooker to cook carbs like pasta or rice is a smart way to speed up your cook time? Think again. The slow cooker will cook these carbs for too long, and you’ll end up with a big gel-like mass by the end of it.

Cooking them in a pot on the stove is a far better idea, or add them at the last hour of cooking.

Related read what temperature do slow cookers cook at

Any types of starchy thickening agents will not like simmering along with the dish for 8 hours and even less if you cook at a high-temperature setting. They will go sticky and gluey and not taste any good either.

Once again adding thickening slurries at the end of the cooking time is always best. As is using a little less liquid or maybe a starchy vegetable during the cooking time that will disintegrate but thicken the dish.

Check out this in-depth article that goes deep into thickening recipes in a slow cooker. You also need to see my article here about thickening vegan dishes with plant-based ingredients.

Soft fruits such as berries or bananas may also overcook too quickly.

Add them at the end of the slow cook time for some extra flavor without sacrificing texture.

Final Thoughts – What Not To Put in Your Slow Cooker

So there you have it a list of the things that should not go in a slow cooker from the beginning of the slow cook time. As well as the tips for adding those foods anyway! 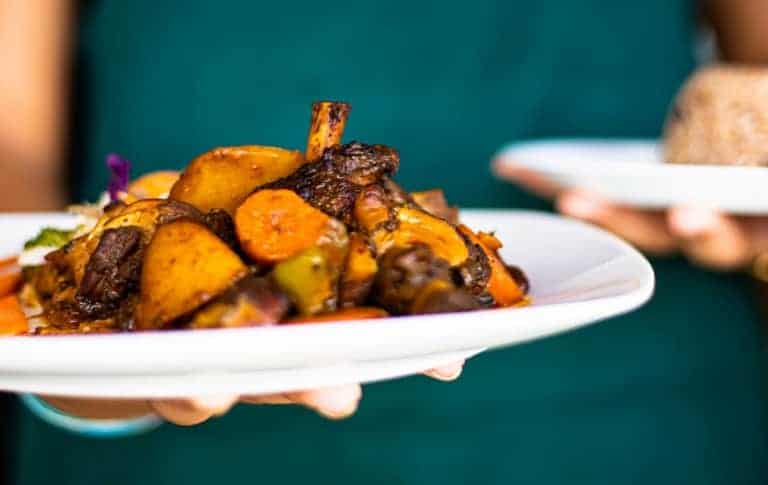 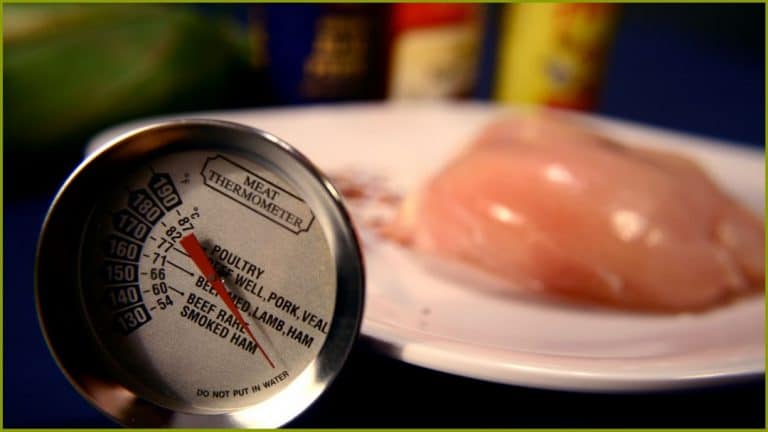 Slow cookers make cooking stews and casseroles very easy and convenient since they don’t need to be watched at all times. Recipes made for slow… 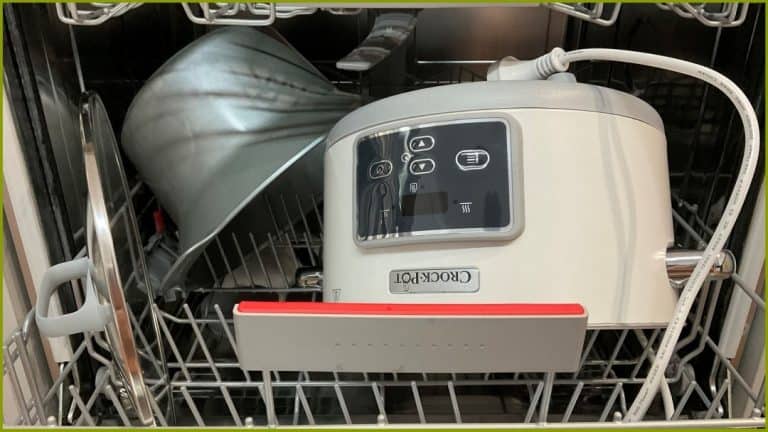 Although not ideal for all recipes, slow cookers come with tons of benefits that make meal preparation a breeze. These devices are easy to use,… 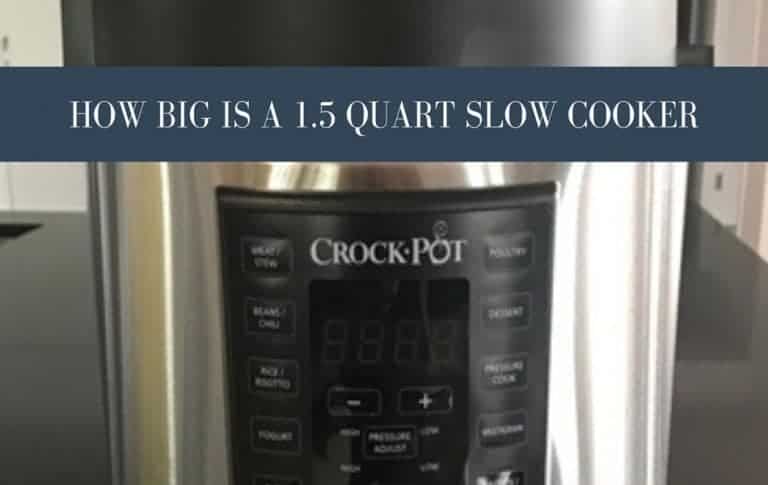 Sometimes we might just need a basic compact appliance to get the small jobs done. Such as preparing appetizers, dips, soups, meatballs, beans, stews, overnight… 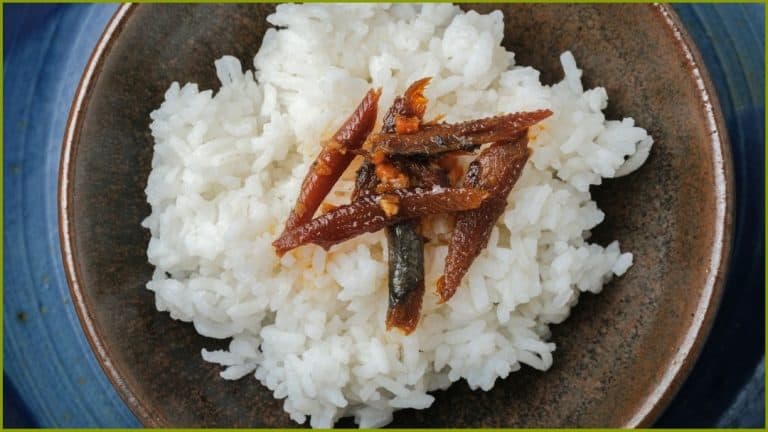 Although not ideal for all cooking tasks, slow cookers can pack a punch when preparing some finger-licking recipes. Cooking under low temperatures allows for the… 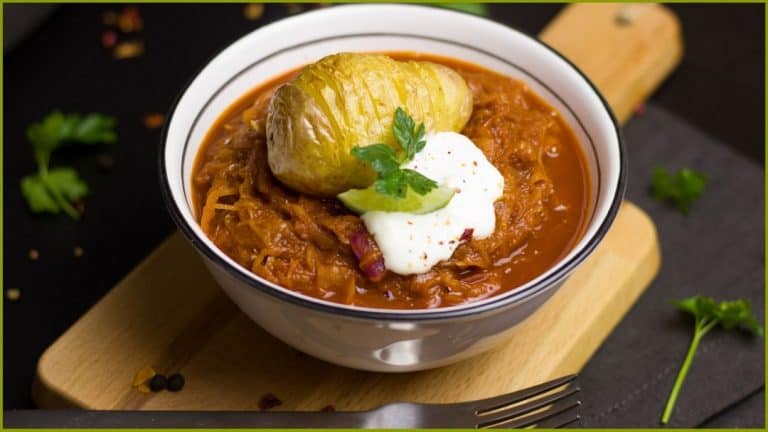 While a slow cooker can whip up some tasty, flavorful meals, it also has a bad reputation for making runny soups that can take away…