When Johannes Berk Van Kampen, the son of BK Dutch Cookware founder Hendrik, first developed the inner enamel coating on that company’s Dutch Ovens in 1891, it had been envisaged that this innovation would protect the company’s signature product.

The thing about inventions like this one is, while they seem inspired, you cannot help but feel that upon reflection there was never really anything more to them than common sense.

That last point hits home when you learn that the uses of the enamel coating on cast iron cookware have evolved considerably since 1891.

It is not just about protecting the cast iron Dutch oven anymore. The enamel coating on cast iron cookware is now a source of tremendous benefit for entire families and friendship circles.

The enamel coating has actually become a signature feature on modern cast iron cookware. However, not all of that story has been a good one to tell.

To some degree, the jury is still out on the merits of purchasing an enameled cast iron piece of cookware instead of the traditional seasoned cast iron.

Below is your quick reference table showing the pros and cons of this type of cookware.

The first concerns that arise, whenever we have debates about the kind of cookware you choose for your kitchen, will ultimately center around health. It is what every chef in a restaurant and every parent in a home thinks about – or should be thinking about at the very least.

“Is enameled cast iron safe and will this cookware product have any detrimental impact on our health, and to what extent?”

It is a particularly pressing concern when you decide on whether to purchase a traditional piece of cast-iron cookware or an enameled cast iron piece.

The level of iron content in food is an issue that has plagued us for several decades now and studies are consistently being done to establish just how healthy it is to cook with traditional cast iron cookware and whether it would be more prudent of you to cook your food with an enamel cast iron piece.

At least one study conducted by the American Dietetic Association has established that using a traditional piece of cast iron cookware, without an enamel coating, can actually be beneficial to people who suffer from some form of iron deficiency, especially those living in developing countries where access to medication is not a straightforward affair.

For people living in those communities, cooking with cast iron is actually seen as a viable option to assist with combating iron deficiencies. However, the saga does not end there, as that study also clearly reveals that the human iron intake will definitely increase when cooking with cast iron, as the iron leaches into your food.

If you do not have an iron deficiency, that can actually present significant health problems. Too much in your system (iron) can lead to liver disease, heart complications, and even diabetes.

The thing about excess iron is that it gets stored in some of your body’s most important organs.

They include the heart, liver, and pancreas. As somebody who has battled pancreatitis, the author of this blog post can confirm that problems with the pancreas are extremely unpleasant and frankly life-threatening.

A separate study, conducted in 1984, also reveals that 18 out of the 20 foods cooked in iron cookware contained considerably more iron after being cooked under those circumstances.

Some of those foods had more than two and a half times more iron content in them after being cooked in cast iron.

Another defining feature of cast iron cooking is that it cooks slowly and for longer periods. Not only is that convenient but it is also generally accepted that this method produces outstanding results with your food. For that reason, it is a popular option.

However, it should also be noted that the longer your food is cooked in traditional cast iron, the greater the iron intake will be in your food. It is an inevitable outcome.

One reality that cannot be escaped is that the majority of people use some form of iron cookware and cast iron cookware features prominently in most of those kitchens.

Some studies have also found that most of those who owned cast iron cookware used it every day – and frankly speaking why wouldn’t you? The results are almost always outstanding.

The point here is that ultimately the iron content will increase in your food when cooking with a traditional piece of cast-iron cookware. There is absolutely no disputing that anymore.

Enamel Coating to the Rescue?

If you do have an iron deficiency and are looking for a creative way to boost your iron intake, you can just chip the enamel and the iron will leach into your food.

Jokes aside, that is the only caveat here. In order to ensure that no iron is leaching into your food, you need to look after your enamel cast iron cookware.

There are several circumstances under which you could chip the enamel on your cast iron.

The easiest way to achieve that, perhaps, is to move a cast-iron Dutch oven or another piece of cookware directly from the stove to the refrigerator and vice versa. It is a mistake that many people make and it is an easy mistake to make. The thermal shock is something often taken for granted.

However, provided that you have not chipped the enamel on your cookware, your health and safety should be ensured or improved at the very least.

Then there is also the small matter of rust developing on your traditional seasoned cast-iron cookware.

Rust on cast iron is inevitable. You need to remember that cast iron is a form of metallic cookware and rust is what happens when metal corrodes.

There are three key factors to be taken into account here.

The first is iron, the second is oxygen and the third is water. Moisture in the air also counts as water.

When those three things react, you will get rust. That is often compounded by some form of neglect, which is very common when owning a traditional piece of cast-iron cookware.

The sooner you deal with rust on your cast iron the better but sometimes that rust can reach a point of no return and it can happen before you even realize there is a problem.

It is important to try and ensure the enamel does not chip though. It is also important to dry your enamel cast-iron thoroughly, once you have washed it.

As with everything there are cons associated with purchasing a piece of enamel cast iron.

Chief among them though is the cost of purchasing one. A brief perusal of any vendor, whether that be online or in a regular shop, will reveal that enamel cast iron costs a tremendous amount more than your traditional seasoned cast-iron cookware.

There is a case to be made that more is more in this context, that is to say, that you will not regret paying a considerable amount more for purchasing a quality piece of enamel cast iron cookware or a Dutch oven.

I have chosen the selection below so you can see the great range of enameled cast-iron cookware that is available in various styles, brands, colors, and prices:

That twist being the ability to utilize what some would call rugged old-fashioned cast-iron cookware that can prepare almost any recipe to perfection but should not be seen inside the home but kept for campfire cooking.

If you have not yet experienced the joy of cast-iron cooking check out the products above – read the customer reviews – then give it a go. I cannot think of many dishes adjusted to the cast-iron cooking method that cannot be prepared…

When we talk about kitchen must-haves, enameled cast-iron tops the list. This type of cookware is a useful and extremely efficient addition to your kitchen…. 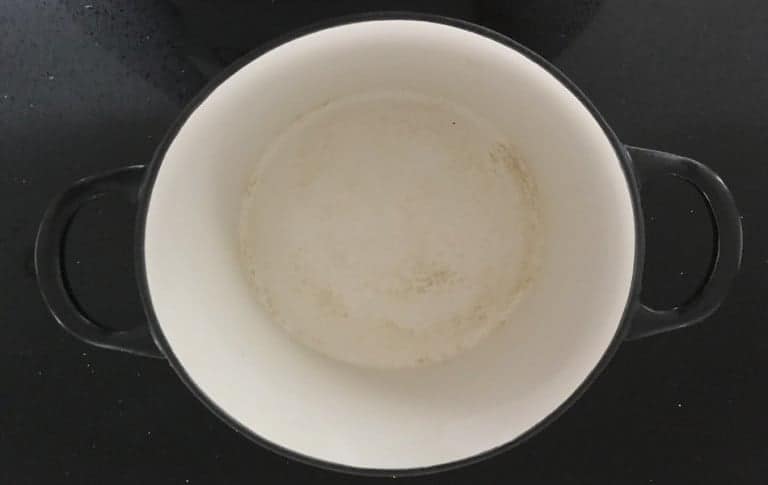 Ever wondered why over time the enamel on your cast iron cookware seems to wear down and stick? I was under the impression that enamel… 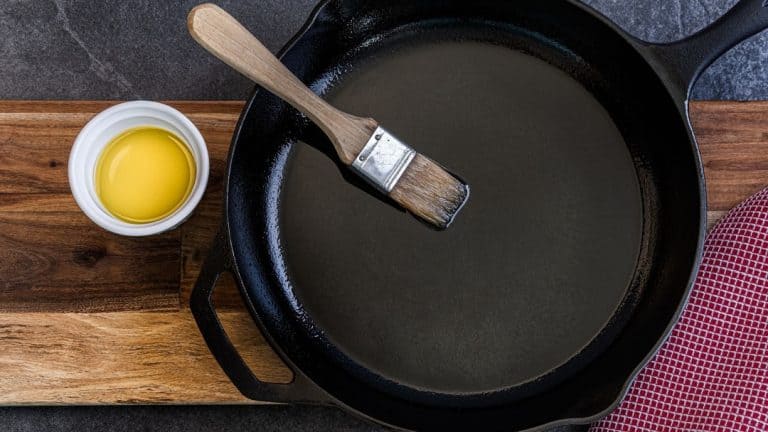